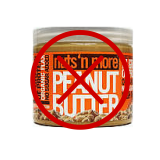 Xylitol is a natural sweetener that it is often used in sugar-free chewing gum and many other low calorie snacks. It is safe for humans, but Xylitol is estimated to be 100 times more toxic to dogs than chocolate. The ASPCA’s poison control center received close to 4,000 calls last year and there were at least 11 fatalities due to Xylitol, but experts say there were probably many more that went unreported. Xylitol is extracted from plants and is harmless to humans but in dogs it causes a sudden release of insulin, which drastically lowers blood sugar and potentially leads to seizures and brain damage. It can also cause liver failure.

Dr. Tina Wismer, medical director of the Animal Poison Control Center at the ASPCA, said: “Dogs don’t have an off button. They get into the muffins and eat an entire tin.” So if they find something containing Xylitol they are likely to eat a lot of it. Fortunately, she added, “if you get these animals in to a veterinarian, they tend to do quite well.”

Most dogs love peanut butter and so far Xylitol has been found in Go Nuts, Co., Hank’s Protein Plus Peanut Butter, Krush Nutrition, Nuts ‘N More, and P28. As Xylitol gains popularity it may end up in other brands of peanut butter as food companies look for natural sweeteners as a substitute for refined sugar. If you have a peanut butter-loving dog, check the label on the peanut butter you buy for your furry family member to make sure it isn’t sweetened with Xylitol.

If you suspect that your pet has eaten a Xylitol-containing product, contact your veterinarian or Pet Poison Hotline 800-213-6680 immediately. Do not induce vomiting or give anything orally to your dog unless specifically directed to do so by your veterinarian. Some dogs may already by hypoglycemic and inducing vomiting could make them worse!X

How to Find Us